How I made a

…despite no email list, no PR, no following & no connections

I remember when I published my first book. I was so excited.

It was the best thing I had ever made, and it solved a real problem. I was sure it was going to take the world by storm and change thousands of lives. Maybe millions!

But when I launched it, instead of thousands, I had about 15 downloads.

I spent that weekend crying and eating Ben & Jerry’s… and trying to figure out what to do with my life, since obviously my writing career was doomed.

But come Monday, I got back to work. Other people were living my dream. If they could do it, I could, too. I was determined to find out how.

I studied and learned everything I could get my hands on about how to publish and market books. I tried a lot of things that didn’t work at all—and a few that did.

Since I released that book, it’s been downloaded 152,468 times. I haven’t touched it in over a year, and it’s still bringing me leads—week after week, month after month.

Not only that, I started getting clients who wanted me to help them publish their books.

Nothing says “I’m an expert” and “You should do business with me” more than being a bestselling author on the topic.

One of my recent clients was a brand new executive coach, starting out in a new industry. Despite his having…

I was able to launch his book to #2 Bestseller. Two months later, that book was still on charts, selling well and bringing in leads for his new business.

It turns out there are only 6 crucial keys to launching a bestseller.

I’ve put them all in this blueprint for you, so you can skip right to the good stuff and start selling your book.

The reality is: most self-published books sell fewer than 100 copies. That’s not 100 copies a week or 100 copies a month. It’s 100 copies, total—ever. That includes the author’s mom, aunties, and cats.

That’s because most authors don’t know how to market their books. They don’t know what gets results, and what’s a waste of time.

That’s why I’ve made this blueprint. It’s just six steps—the same steps I use to make my clients’ books bestsellers. For each step, I’ll explain what to do, how to do it, when to do it, and why it’s important.

You’ll get it all, boiled down as simple as possible, so you know exactly what to do when you launch your book.

Here’s what you’ll get:

When I launch a client’s book using this exact system, I charge $6,400.

If you write fiction, it’s harder to justify spending $6,400 up front on your book launch, but there’s no question that becoming a bestselling author would help you build your fan base and make it easier to sell all of your future books.

Normally, this system would cost $97.

I can offer it at such a low price because it’s a digital product. There’s nothing to print or ship. You get the entire blueprint—plus the Bestseller Launch Checklist and the Publishing Roadmap—instantly.

How many more books could you sell if you knew exactly what to do?

$97 is a steal compared to the impact on your career and your life.

But today, I want to offer you something even better.

Why so cheap? Because I want to introduce myself.

You’re seeing this page because I want to grow my community, so I decided to offer you a taste and show you what I’m about.

Maybe you’ll eventually end up becoming a client. Maybe not.

Either way, I believe good books should sell.

I’m tired of watching people like you and me put everything we have into writing the best books we can, only to have them sell 15 copies—while terrible books take off just because they have great marketing.

I want to level the playing field. And giving you this information is the best way I know to do that.

If you want your next book to become a bestseller, and you’re ready to focus on what works and ditch what doesn’t, this blueprint is for you. Just fill in your information at the bottom of this page to get instant access now. 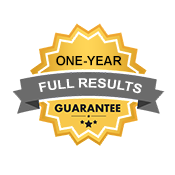 If you implement everything that I show you in this blueprint, and your book does not become a bestseller on Amazon, I will give you 100% of your money back. I'm so confident, I'll give you a whole year to try it. 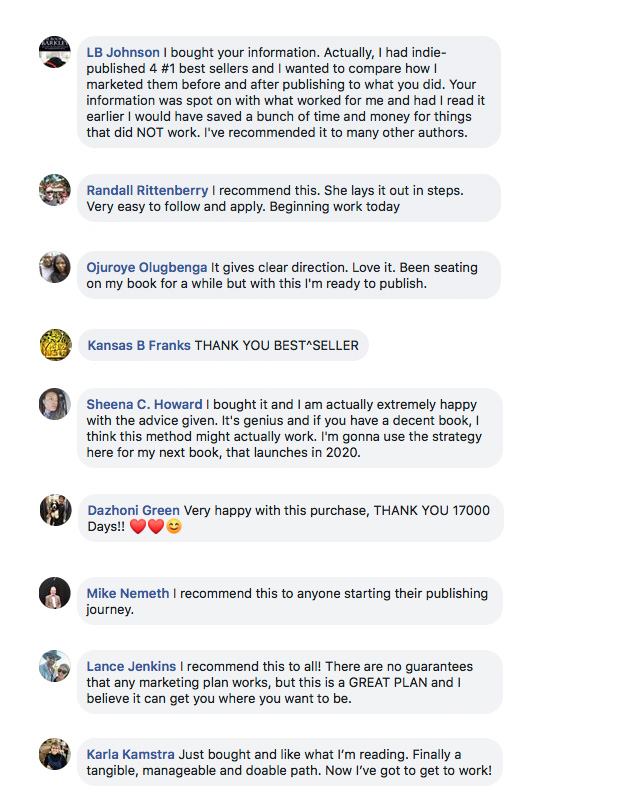 How many extra copies of my book will I have to sell before this bestseller plan pays for itself?

Does this work for fiction or non-fiction?

It’s easier to become a bestseller with non-fiction, but the same principles apply to both. For the parts that are different, the blueprint gives specific recommendations for fiction and for non-fiction.

What if my book is already out?

No problem. You can still use these strategies to re-launch it (or launch it for the first time). You will have a slight disadvantage in that Amazon factors the average sales over the last 30 days into its Bestseller rankings, so if your book has been out for longer than 30 days and not selling, you'll have to sell more copies than you otherwise would to get the same ranking. That makes it a little harder, but it's still very doable.

Will this work if my book is traditionally published, or is it only for self-published books?

Unfortunately, with a traditional publisher or a hybrid publisher, you don't have control over the decision to implement most of the strategies in the Blueprint. This product is intended for self-published authors.

What if I'm an expert marketer, I've been in the publishing industry for years, or my books are already selling like hotcakes? Is this for me?

To get to where you are, you're most likely already applying everything in the blueprint. For you, the value of this product is in prioritizing, simplifying, and streamlining your launch.

Why should I care if my book is a bestseller?

As sweet as it is to be able to write “bestselling author” after your name every day for the rest of your life, if you’re like most authors I know, you’re really not in it for the acclaim. You write because you want to make a difference. We can all think of books—fiction and non-fiction—that have stayed with us, touched our hearts, or changed our lives. In order for your book to be that book for your readers, it has to sell. Launching your book to bestseller is the first step in making an impact.

What if I hate marketing?

Two things:
1. There's a good chance you think marketing has to be pushy, manipulative, and/or evil. That's not true at all. Ideallly, marketing is the process of helping people get what they need or want. If your readers would benefit from reading your book, then letting them know about it is HELPING them get what they want or need. And that's all marketing is. If you don't market your book, you'll actually be doing a disservice to the people who would benefit from reading it.

2. If marketing isn't something you enjoy, then you’ll probably want to get the best results possible with the least wasted effort. I recommend getting this blueprint right away.

Those things always help, but no. I got a book to #2 bestseller for an author with no following at all. 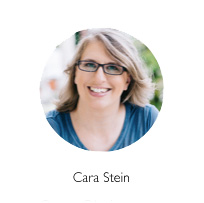 Cara Stein is an idealist who has stopped trying to play it cool. She believes the only reason people don’t like business or marketing is that they don’t know how to do it well—yet. She's often praised for her no-bullshit style and her wry humor.

Cara has been helping people finish and publish their books since 2012. She’s guided over 200 books through the publishing process. She’s also the author of five books of her own, including How to be Happy (No Fairy Dust or Moonbeams Required), Getting Unstuck, and Finish and Publish: Write the Book You’ve Always Wanted to Write. Her peeves include chipmunks, fakery, and the word “peeve.”